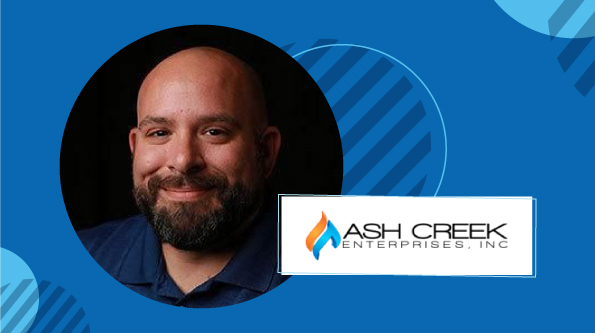 In its 22nd year of business, Ash Creek Enterprises, a Connecticut-based tech services provider, has seen steady growth in the variety of its offerings and clientele.  But while the TSP grew more and more adept at creating seamless external programs, its internal operations remained stagnant. In its early years, Ash Creek was using disjointed, siloed tools. They had one tool for ticketing, another for their knowledge base, and even more for time tracking and other operations, and none of them spoke to each other. Mark Calzone, President of Ash Creek, discovered ConnectWise when researching how to close those operational gaps and became an early partner of its hosted product, now called ConnectWise Manage. Calzone said the initial goal was to streamline the company’s operations like accounting, billing, and configuration storage. From there, the partnership with ConnectWise grew to include ConnectWise Automate, Continuum, and several security offerings. “We like that we didn’t have to go to multiple vendors,” Calzone said. “We were happy that the Continuum acquisition happened because it brought us all into one location.”

Having four or five separate tools can make things easily get lost in the shuffle, but Calzone said he observed a marked reduction in missed opportunities after partnering with ConnectWise.  Another significant advantage was an increase in billable percentages. But perhaps most importantly, Calzone said, was notable and repeatable revenue growth.

“We’ve been in business for almost 22 years,” he said. “We’ve mostly always been profitable, but early on, especially after switching over (to ConnectWise), I would say we easily saw a 20% bump in revenue growth.” And it wasn’t just a one-time jump — it’s a number that’s repeated itself year after year.

Getting involved in The IT Nation

Calzone said that of the many IT Nation events he’s attended over the years, two things always stand out: The first is the chance to learn from his peers on how they’re using ConnectWise, and what they’ve learned since the last event. Next, he said the vendor booths and breakouts have led to many valuable partnerships over the years — even with products that aren’t ConnectWise-owned. “It’s not always product sales pitches,” he said. “And it’s not just about ConnectWise. It’s about all the different vendors,” which he said is a refreshing change from other partner summits that usually focus on the host’s agenda and benefits.

For companies that currently have no centralized structure in place, Calzone said the most significant advantage of partnering with ConnectWise is the chance to bring all your various “silos of chaos” into one organized spot. “Bringing all that together is vital because it makes you be able to run your business more efficiently, and having that relationship with just one vendor means that if you have an issue or need to work on something, you’re not going to a million different places trying to figure out how to tie it all together.”